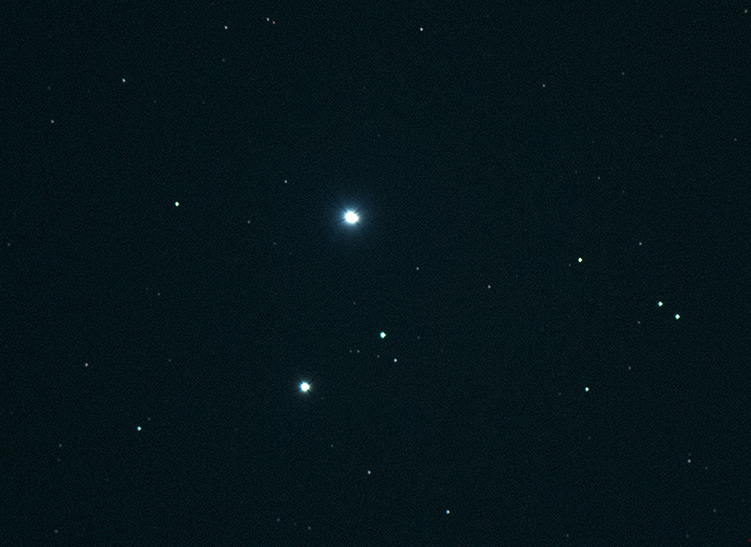 Mizar and Alcor are two stars forming a naked eye double in the handle of the Big Dipper (or Plough) asterism in the constellation of Ursa Major. Mizar is the second star from the end of the Big Dipper’s handle, and Alcor its fainter companion. The traditional name Mizar derives from the Arabic المئزر miʼzar meaning ‘apron; wrapper, covering, cover’. Alcor was originally Arabic سها Suhā/Sohā, meaning either the ‘forgotten’ or ‘neglected’ one; notable as a faintly perceptible companion of Mizar. Mizar, also designated Zeta Ursae Majoris (ζ Ursae Majoris, abbreviated Zeta UMa, ζ UMa), is itself a quadruple system and Alcor, also designated 80 Ursae Majoris (80 UMa), is a binary, the pair together forming a sextuple system. The whole system lies about 83 light-years away from the Sun, as measured by the Hipparcos astrometry satellite.