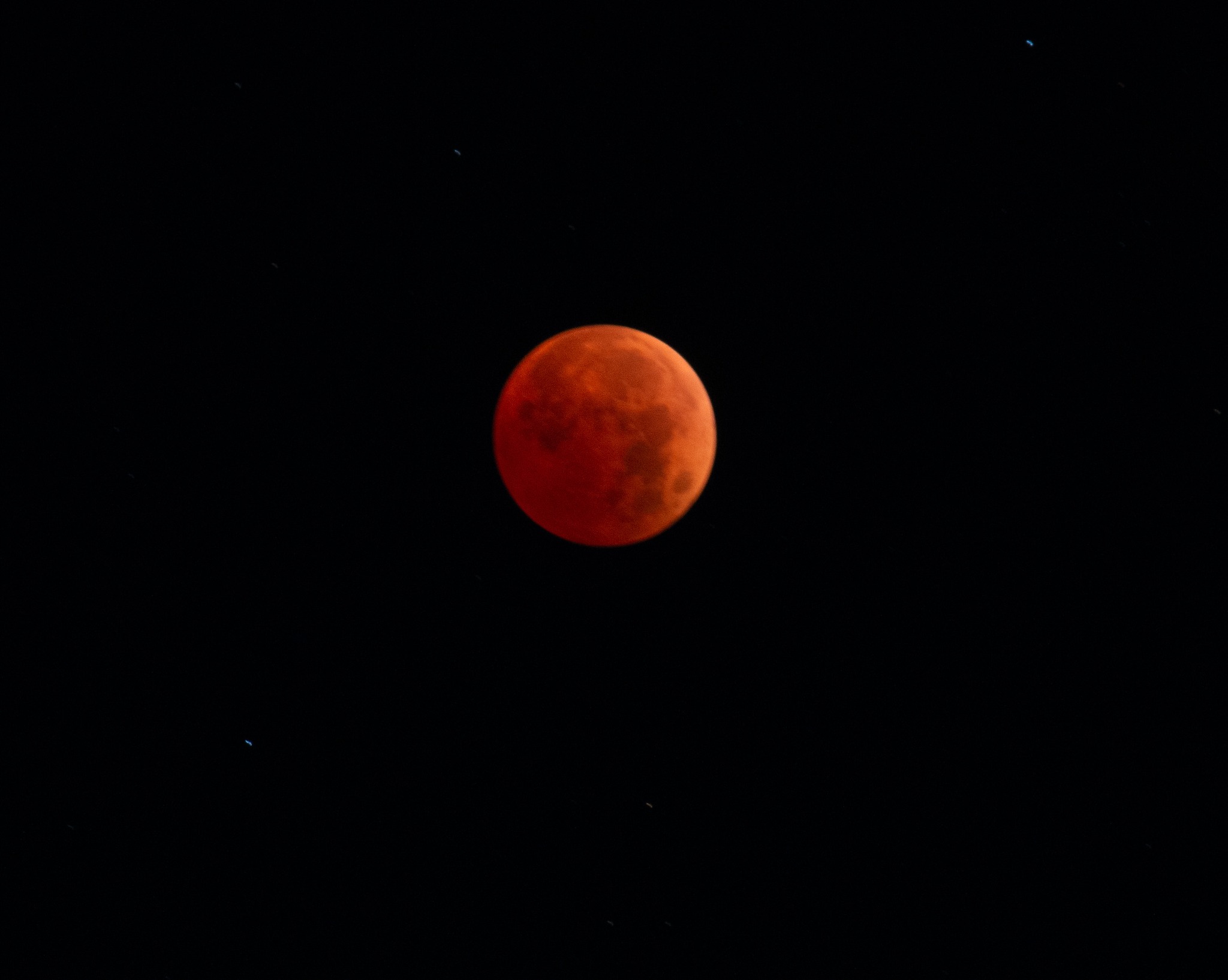 Had a chance to observe and take an image of the Total Lunar Eclipse this morning. This was an interesting fairly long and deep eclipse that was visible to the Pacific Regions, including Western North America, Eastern Asia and everything in between. The moon would also occult Uranus during the eclipse.

Unfortunately for me, the weather was not favorable, as it was around -20C not counting any windchill, where I was. This is too cold to use the refractor to take good detailed images. Things break at this temperature. I opted to use my camera on a tripod mount. Which we set-up just inside the south facing garage and with a heater to keep us warm. Still a very memorable event.

My image of the total lunar (Beaver Blood Full Moon) eclipse, this is around the time of Maximum eclipse. is above. Oh, the little blue “star” to the lower left is apparently Uranus. It’s not a point of light as the picture was a 4 second exposure with no tracking.

Grace joined in with the picture taking and observing. The main event here was between 3 & 4 am so we are back off to bed.